Is the Agency Model the Next Passive Income Dream?

You know that stage that most kids go through when they’re two or three and keep asking why?

Growing up, my dad used to joke with me about how I never left that stage and that I always had so many questions.

Call it curious or hungry for knowledge, but that’s who I am, so when something shows up on my radar, and a pattern emerges, I have a hard time resisting that need to ask why.

So a couple of months ago, when I kept logging into Facebook and being inundated with ads targeting me as an agency owner, I had questions.

And even if you don’t own an agency or aspire to, these are questions that as business owners, we need to be asking more of.

In that spirit, instead of deciding to do what I normally do, which is hiding ads like this in my feed and marking them irrelevant or spam while dishing up a rather dramatic eye roll, I decided to start saving the ads.

Not surprising as that’s exactly how Facebook is designed to work, but it helped me form another line of questioning entirely.

Could there really be that many people on Facebook that are looking to own an agency? And more importantly, do these people pushing these ads to me know something I don’t know?

The Agency Model Is Having a Moment

Having spent my career working in, working with, or owning an agency, I definitely feel like the agency business model is having a moment in the online marketing realm.

I mean, marketers had to come up with something new to sell to people when the course model became oversaturated.

Over the last 12 to 18 months, I’ve seen many online marketers pivot from talking about courses as the path to riches towards the service-based business model. And the reason is simple: It’s a hell of a lot easier to make money from services than it is from courses.

I’ve been telling anyone who would listen for years that it is the fastest path to cash, so you’d think I’d be on board.

Yet, I just can’t get on board with these types of promises. I could share many more examples, but they’re literally ALL the same.

The same big promises about scaling to multiple six or even seven figures.

The same lure of a shortcut to success if you just use their system.

The same claims around not having to do certain things, like hiring or cold calling.

Complete the same funnel designed to manipulate you into handing over your money.

And because I’m so freakin’ curious, I sat down and watched some of these trainings, I signed up for their email lists, and read the follow-up emails.

What I discovered was downright nasty.

The agency business model is being sold as the new passive income dream, where once you get these systems in place, you as the agency owner can pretty much set it and forget it.

Now, let’s be real. As an agency owner, you bet I’m increasingly working towards ensuring I own the business (and it doesn’t own me) and towards a place where I can be more and more hands-off with the day-to-day operations.

But the idea that most agency owners — in a relatively short period of time — are going to be in a position to simply get paid as the owner and work a couple of hours a week?

There’s not enough eye roll 🙄 or hysterical laughing 😂 emojis in the world to underscore how completely absurd that promise really is.

And that’s just the tip of the totally toxic marketing going on here.

At this stage in the game, I could probably write a dissertation with my analysis of these marketing practices, but I wanted to call out a few specifics.

After consuming this content en masse for a month, I honestly can’t tell you what exactly this group of marketers is selling. I didn’t go so far as to get on the phone with anyone as I value my time and sanity too much to go there, but it’s red flag city when you’re inviting me to book a “free” strategy call, and I’m not sure what you’re going to sell me.

This tactic is shady as hell and infantilizes us as business owners. It assumes we’re too stupid, or worse yet, desperate enough that we’re willing to get on the phone and be manipulated into buying their thing.

My policy is simple on this one. If I don’t know what you’re selling and how much it costs, you’re not someone I’m willing to do business with. Been there, done that, got the t-shirt and the bad investments to back it up.

Next up, can we talk about the fact that if I were handing out stars for the level of dude bro marketing going on here that they’d all be 5-star, world-class dude bros? (Yes, there definitely were some women in this group, and they’re channeling their inner dude bro to the fullest.)

This is online marketing at its worst. It’s designed to make you feel like a total loser so you fork over your money — even if you can’t afford it and need to use three credit cards to make it happen.

They want you to think you’re missing something, and what they have is the answer.

Honestly, if you’re missing something as you build your business, it’s unlikely they have the answer. Because, really, if these people own agencies, you’d think they could get their act together, and create visuals that don’t make my eyes want to bleed and customize their opt-in pages, so they’re not all using the same tired templates. They could send me follow-up emails that aren’t inviting me to a call for 30 days in a row and actually deliver some value to me as a prospective customer. The lack of innovation and integrity, as well as the way these things are slapped together, makes it abundantly clear that the business they’re building is preying on people who are chasing the next big thing.

They’re not building agencies that are designed to be here for years to come. It’s a front for their sketchy online business to sell you their covert or super-secret system at a steep price tag.

Give it a year or two, and this hype-cycle will play out, and the real agency owners will be here serving clients and creating something that’s built to last. That’s the conversation we need to be having as there’s so much scale and sustainability to be tapped into with the agency business model.

The world is ready for a new generation of agency owners who do things differently and aren’t just mimicking the business model of big agencies. Let’s skip this garbage and work to create something new where everyone wins.

More to come with my thoughts on how we become a new generation of agency owners who do things differently. Stay tuned…

FREE COURSE:
SIGN UP NOW
A Proven Blueprint to Making More Money in Your Service Business 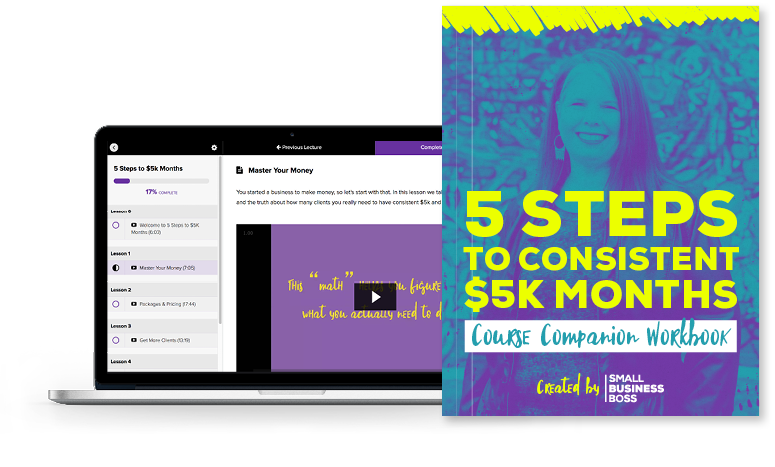