Now, maybe you’re reading this post because you want to know the “secret” of how you, too, can get your business to the point where you’re hitting $100k a year in revenue.

If that’s what you’re looking for, this is not that kind of post.

Because…wait for it…here’s the real secret:

Most online business owners ARE NOT making $100k or more a year.

That’s definitely not what we’ve been led to believe amid the hype of building a six-figure business as the ultimate goal we should be striving for.

The sheer number of programs and groups that push the “six-figure” message, or even worse yet, “seven-figure” and “million dollar” messages is breathtakingly overwhelming.

I call bullshit. You know why? Because — math. Also because I work with service business owners every single day, and this is simply not the reality for most.

Before we break this down, I want to note that I’m not saying this because I’m bitter. My business has consistently made over the $100k mark since 2006 and, honestly, I didn’t even get this was a “thing” until 2013 when I started working online.

In my first few years in business, I had a very simple goal of replacing the income that I was making at my agency job. Then, I was focused on keeping pace with how my salary would have grown in the years that followed.

With that out of the way, let’s dive in.

I’ve always had a hard time accepting that many online businesses were hitting the $100,000 mark because it doesn’t add up.

I fully believe this is an attainable goal with the right foundations in place, but the research tells us this is NOT what’s happening for many business owners — particularly those led by women.

A 2018 study from PayPal Canada pinpointed the realities of this situation. They found that 50% of online businesses launched in the last two years were led by women, but there was a 58% gap in reported median revenues between female and male entrepreneurs for the same type of work.

In this study, it’s clear that many, many women aren’t hitting the $100k mark. However, this is only part of the picture, and before we dismiss this as a single study, let’s dig deeper. If it’s supposedly so easy to hit this goal, shouldn’t more people be able to figure this out? Shouldn’t more businesses fall into that above $100,000 range? I have so many questions!

Also, let’s keep in mind, that’s revenue — we’re not even talking about take-home pay. This is particularly relevant as many online businesses run with significant overhead, and the picture they paint of their revenue versus what they actually pay themselves is incredibly misleading.

A 2017 study from Fundera reported that 86.3% of small business owners said they take a yearly salary of less than $100k. Even more surprising, a whopping 30.07% don’t even take a salary. Based on what I’ve seen up close and personal in the last five years, this study is right on the money. The Dream We’re Being Sold Is Broken

Based on this data — and what we’re all experiencing day in, day out — it’s apparent that the online business world is designed to prey on us and focus on selling this six-figure (or more) dream to us.

And this dream, it’s seriously broken. It’s an artificial goal that’s being rammed down our throats everywhere we turn.

If you want to have a business making $100k a year, that’s fine by me, but I want you to be very clear on WHY you want it and not be manipulated or persuaded into thinking that should be your goal.

Hell, if you want to make a million or even a zillion bucks, I’ll cheer you on because I’m not writing this post in an effort to kill anyone’s dream.

Instead, what I really want is for all of us to stop buying into the hype cycle that’s designed to brainwash us into thinking we’re not making it unless we’re hitting that goal.

In fact, if $100k is the only worthy goal, we all better go get some fancy freakin’ corporate jobs already, because we may be @#$@# doomed. (Yes, that’s sarcasm, but I fully believe that, in many cases, a J-O-B is a much simpler, easier way to make big money.)

These money goals are being dictated by someone else’s skeevy marketing strategy to manipulate you into buying their course/program/scripts or whatever. They’re designed to make you feel less than so you whip out your credit card, and let a soulless dudebro or coach in a designer gown tell you what you’re doing all wrong.

Instead, each of us has to dig deeper and figure out what it is we really want.

For me, that’s meant opting out of a long list of things that three years ago I thought I needed to be successful. I’ve realized that none of that really and truly matters to me and that other things are more important to focus on right now.

Part of that has been realizing that I could care less about having a million dollar business right now. (And before you decide I have a money mindset issue or am playing small, there’s a very good reason for this realization.)

Today, my “enough” looks VERY different than in 2016 because I’ve come to realize that for me, a million dollar business still wouldn’t be enough, as I perpetually have something to prove. Have you seen that coffee mug online That says: “Underestimate me, that will be fun”? That’s 10000% how I roll, which is at times extreme and unhealthy.

This deep need to prove myself is something I’ve been in the process of unpacking. On that journey, I’ve come to understand that for me, I need to get okay with not having to prove anything to anyone or that next “big” goal will be driven by completely the wrong things. I’ve learned that when my motivation is all about proving something that I typically end up feeling dreadfully unhappy with the end result.

While I continue to work on that, I’m making a choice to slow down and actually enjoy what I’ve worked my ass off for over the last 14 years.

What you want from your business right now may be VERY different, but until we openly talk about what’s really behind those “six-figure secret” promises, we’re going to be in a place where these lies continue to flourish. It’s a toxic environment that leads us to believe we’re broken and messes with our ability to accomplish the goals that truly are important to us.

We all have a choice with what we believe, the stories we let into our heads, the people we let shape our business direction and, most of all, how we invest our money with those people.

By choosing to turn away from this “six figures as a measure of success” business culture in favor of something real and true, we’re each doing our part to stop the six-figure secret BS from persisting.

Sure, you can have a six figure business, but it’s not the thing you should let drive or define you. And it’s definitely going to look MUCH different than what the dude bros and MLM-style business coaches are selling. The key is that we each make the CHOICE to take back ownership of our goals and business success so that it has meaning and best serves us — not just the bank accounts of the people peddling these lies. 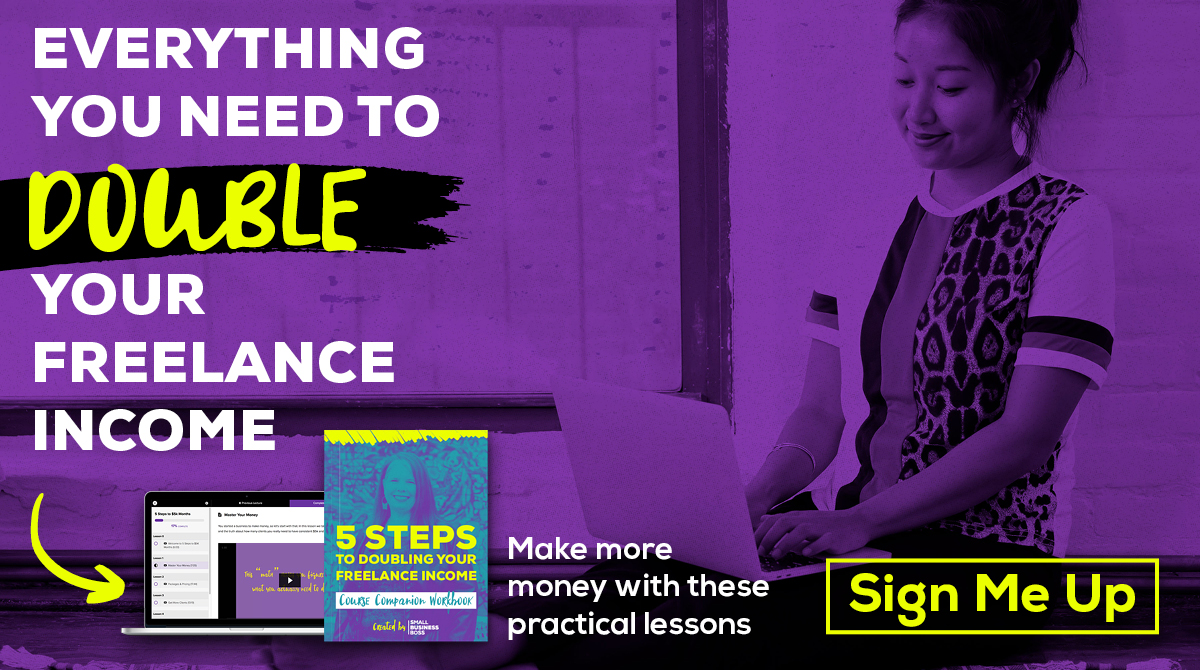